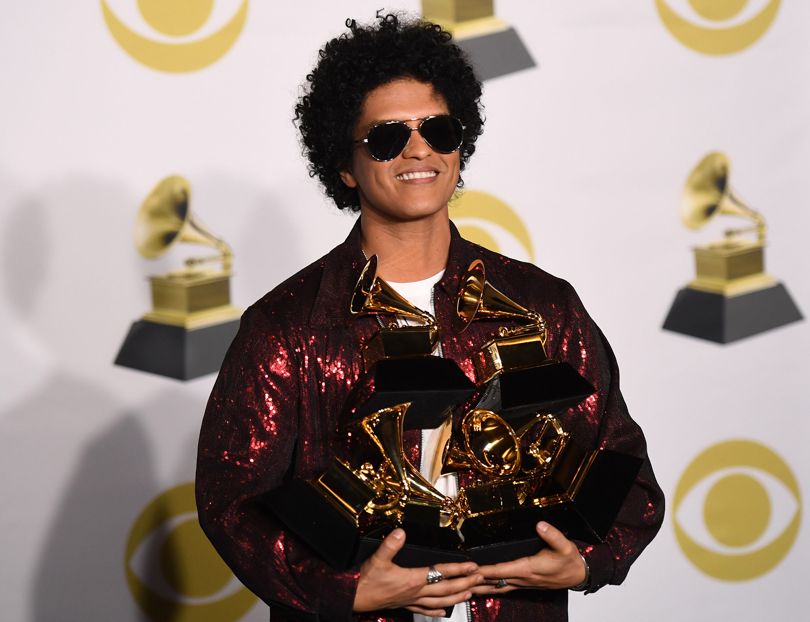 Going against the odds-favourites, Bruno Mars was the big winner at last night’s Grammy Awards. He picked up the golden gramophones for all six of his nominated categories (including the hat trick of best album, best record and song of the year), ahead of Kendrick Lamar (who left with five) and Jay Z (who, despite receiving the most nominations, went home empty-handed). While female artists took centre stage throughout the night with powerful messages that continued the #MeToo and Time’s Up movements, the awards themselves were male dominated. Alessia Cara was the only woman to receive a major prize – best new artist – with the likes of Kesha, Lady Gaga, Lorde and SZA being overlooked in their categories. See who took home what last night, below.